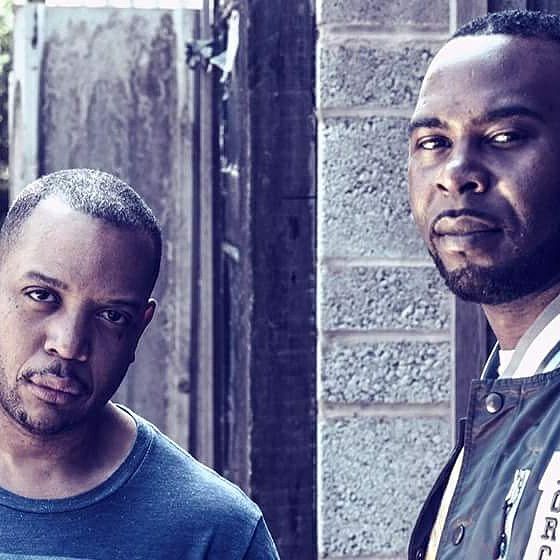 Dynamic duo ELboy80 & Melodic Jaye is about to hit the music scene with a blast. They’re both proud to have grown up in the eighties, to have been raised in East London and have been buddies from school.

ELboy80 first became interested in house/techno/acid in 1991 but it was not until 1993, aged 13, when his dad brought his first set of turntables which he used to teach himself the art of turntablism. At the age of 15 he was already being touted as East London's answer to a thriving house and garage scene. He went on to various warm up sets hosting major names in the industry.

Elboy's residency has included Dance Music Society (DMS), Deeper Love, Housewave as well as events all over the UK supporting the likes of Raze ("break for love"), Darius Syrossian, Dale Howard to name a few, where he gets to regularly plays his raw sound to buzzing house and techno lovers.

Production partner Melodic Jaye, born and raised on the cockney side of Canning Town, started his musical journey when he was 16, when he was given a computer with Cubase by his Uncle’s friends. It was at this moment that Jason started his pending long-term love affair with music.

Rising from the background of the fast evolving hip-hop music scene in 1996 at aged 16, Melodic Jaye’s Mum allowed him to express his creative side by giving him space to make "boom bap" noise via his productions from his box room. At the age of 17, he was already being touted as East London’s answer to hip-hop. As of recent, his drive to make a career in music became more embedded.

It wasn’t until 2015, that Jaye’s interest in producing music at a professional level became serious. He explains, "Making music is fun and i enjoy sharing what i have created to the world of sound cloud and amongst my local fans, but now I am ready to show the world what I am capable of and making tech house, acid and techno, is going to allow me to be more expressive with regards to my emotions, as I have a deeper love for the 4/4 beat".

To date, Elboy and Melodic are currently working on their first releases that will be distributed by 1’ne love records and an exciting new movement label, 9ine records. They are also currently working effortless on their own EP's that would be introduced on their own label, which is currently under construction. It is clear with the buzz surrounding them; with Melodic's harmonious sound and Elboy’s sexy sub bass, that they will make a dynamic impact on the music industry and elevate the sound of Acid House & Techno to new heights.
https://www.facebook.com/elboy80melodicjaye/